As my wife’s conditions improved and stabilized, her memory began to come back. She had not been able to remember any of her hospitalizations, but one day she did remember that I had given her a dozen yellow roses for our 57th wedding anniversary while she was in the hospital. I call these sudden recalls 'bluebird moments,' for they are truly like little bluebirds of happiness. Read More » T.B. who is homozygous positive for the ApoE4 gene has used ReCODE to enjoy a great life. Read More » Francis C. McNear, author of Defeating Dementia: My Story of Recovery from Alzheimer’s

Francis C. McNear scored the highest possible on the MoCA cognitive assessment after sticking with the Bredesen Protocol for over four years. Read More » 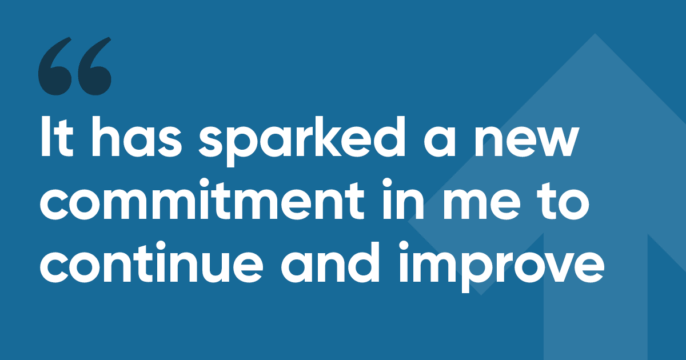 Our program changed Sallie's mind and lifestyle choices, giving her the determination and drive to win the fight against Alzheimer’s. Read More » D.K.’s husband went from 80% baseline to 95% in one year. His Addenbrooke’s testing score increased from 82 to 97 after two years of the Bredesen Protocol. Read More » Michelle G. is part of our Reverse + Group Coaching Beta program and developed a better mindset of resilience and goal-setting for the Bredesen Protocol. Read More » After A.O. applied the guidelines from The End of Alzheimer’s to the treatment of his wife, her symptoms significantly improved within four months. Her recent SPECT brain scan results indicated “normal”. Read More »